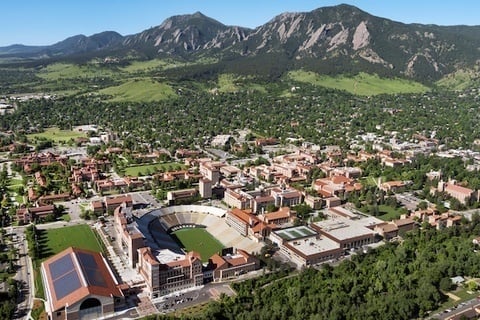 Based in Boulder, Colorado it was founded less than a year before Colorado was admitted into the Union. The school is known for its athletics, winning a number of national titles in skiing.

Cañon City, one of the most populated cities in Fremont County, Colorado, was also considered as an option for the location of the college, but Boulder was the eventual chosen destination.