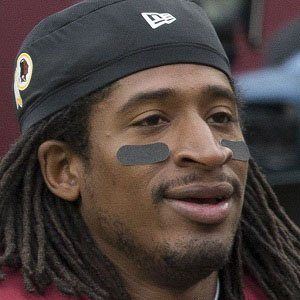 Wide receiver who made his NFL debut in 2010 for the Arizona Cardinals.

He had a standout career at The Citadel, which led to being chosen in the 3rd round of the 2010 NFL draft.

In 2014, after four years with the Cardinals, he signed a four-year contract with the Washington Redskins.

During his time in Arizona he formed a strong receiving tandem with Larry Fitzgerald.

Andre Roberts Is A Member Of