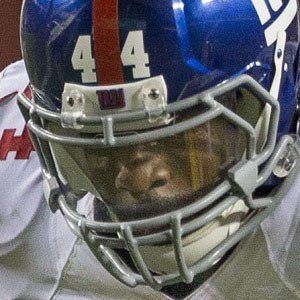 Running back who was selected 113th overall in the 2014 NFL Draft by the New York Giants. He starred collegiately for Boston College from 2010 to 2013, receiving the Doak Walker Award for the NCAA's top running back in 2013.

As a senior at Parkland High School in Pennsylvania, he rushed for 1,913 yards and scored 33 touchdowns.

He was a unanimous All-American and Heisman finalist in 2013.

He was born in Poughkeepsie, New York.

Although he was a finalist for the 2013 Heisman Trophy, Florida State quarterback Jameis Winston's remarkable freshman campaign earned him the prestigious award.

Andre Williams Is A Member Of