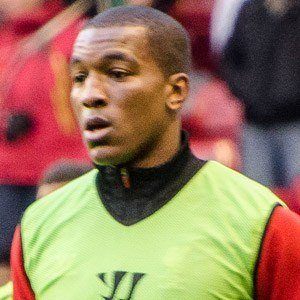 English soccer player best known for his time as a member of teams like Liverpool for West Bromwich Albion. He won the UEFA European U-17 Championship in 2010.

He was born in Leeds and made his youth debut for Bradford City in 2004.

He won the Under-16 Victory Shield tournament representing England in 2008.

His parents are of Jamaican descent.

He was managed by Brendan Rodgers at Anfield.

Andre Wisdom Is A Member Of