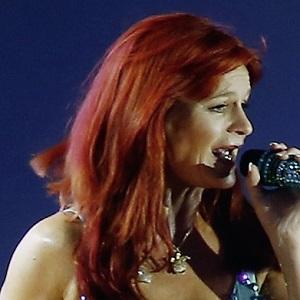 Schlager genre singer with more than 10 million records sold. She released 7 chart-topping albums between 2003 and 2013.

She was discovered in 1992 by producer Eugen Romer, who had been enthused by her voice after hearing her sing on a cassette. Her debut album was released in 1995 and peaked at #19 on the German album chart.

She won 4 ECHO awards in the German-language schlager category between 2003 and 2007. Six times consecutively, she won Germany's prestigious Goldene Stimmgabel.

She is an award-winning German singer like Helene Fischer.

Andrea Berg Is A Member Of