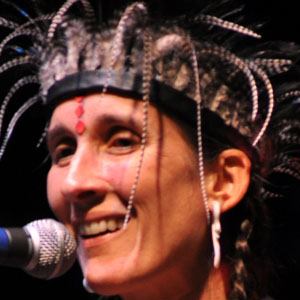 Colombian singer and guitarist known as the lead singer of the band Aterciopelados. She is known for her outspoken brand of feminism.

She and Hector Buitrago first joined together in the early 1990's under the name Delia y Llos Aminoacidos.

Her 2006 solo album was nominated for a Grammy for Best Latin Pop Album.

She has children named Milagros and Jacinto Jaramillo.

She and Kevin Johansen were both nominated for a Grammy for Best Latin Pop album in 2006.

Andrea Echeverri Is A Member Of