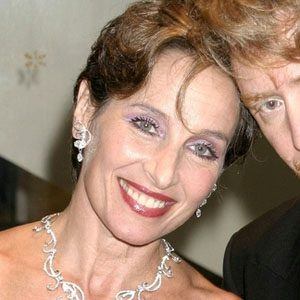 American actress and singer who has been awarded several honors including three Lifetime Achievement Awards and the Mabel Mercer Foundation's 2007 Mabel Award.

She left school to pursue a career as a singer and appeared on The Merv Griffinn Show before acting in commercials.

She received an honorary degree from Trinity College in Hartford, Connecticut and Memphis College of Art.

She married actor Daniel Reichert, and they have a daughter, Alice.

She had a role in the 1993 film Jack the Bear, starring Danny DeVito.

Andrea Marcovicci Is A Member Of