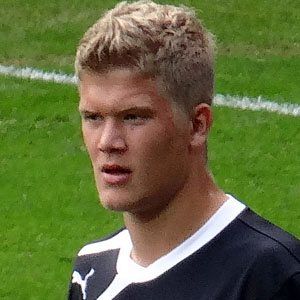 Striker who made his senior career debut in 2012 for FC Copenhagen; signed with Cardiff City on June 27, 2013 for a club record fee.

He played his youth soccer at BK Hekla, Fremad Amager, and FC Copenhagen.

He was born and raised in Copenhagen, Denmark.

He joined Cardiff City in 2013, where he teamed up with Peter Odemwingie.

Andreas Cornelius Is A Member Of