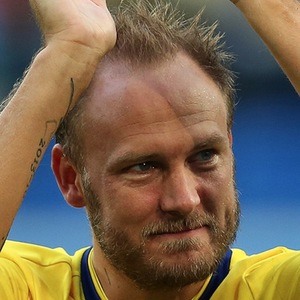 Defender who has captained the Swedish national team at tournaments like UEFA Euro 2016 and the 2018 FIFA World Cup. At the club level, he has competed for such squads as Helsingborgs IF, FC Groningen and FC Krasnodar.

He spent his youth career with his hometown club Påarps GIF.

In 2017, he received the Guldbollen as the best men's player in Sweden.

He married and had children with a woman named Sofie.

He played alongside Jimmy Durmaz at the 2018 FIFA World Cup.

Andreas Granqvist Is A Member Of