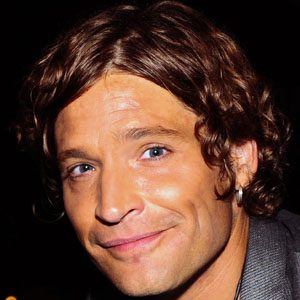 Swedish rock singer-songwriter known for international hit songs like Glorious and A Little Bit of Love.

He frequently went on tour with his parents and got his start singing in a band called Planet Waves.

He finished in third place in the final round of the Melodifestivalen 2006 song contest.

Both of his parents worked as professional jazz musicians.

He and fellow Swedish singer Erik Segerstedt have both performed at the Swedish Melodifestivalen song contest.

Andreas Johnson Is A Member Of