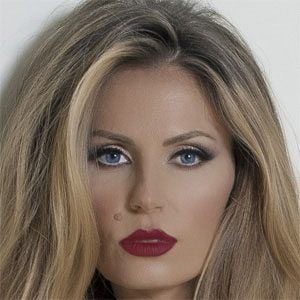 Initially known for her membership in the Romanian bands Exotic and Blondy, this pop vocalist also had a successful solo career, topping Romanian, Serbian, and Bulgarian music charts with such hits as "Fiesta" and "Love in Brazil."

She, Claudia Patrascanu, and Julia Chelaru formed Exotic in the late 1990s; the band broke up after two years and two recordings.

She and her Blondy collaborator, Rus Cristina, recorded three albums: So Close, Sweet and Bitter, and Part of You.

She made the music video for "Le Ri Ra" while she was expecting a child. She gave birth to a son in November 2016.

She and Inna both became popular Romanian singers.

Andreea Banica Is A Member Of