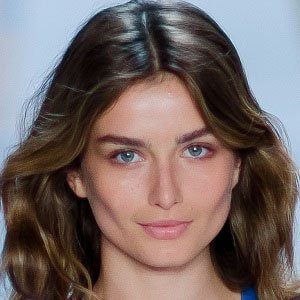 One of Romania's most well known fashion models, Diaconu participated in major campaigns for Dolce & Gabbana, Belstaff, and Gucci, and was also featured in the Victoria's Secret catalog and Vogue magazine.

She appeared in her first London fashion show when she was only thirteen years old and went on to participate at age fifteen in Spring 2007 Fashion Week.

When not modeling, she pursued her passion for karate.

She has dated MGMT singer Andrew Vanwyngarden. She is currently dating Connor Stanley and posts him on her Instagram account.

Andreea Diaconu Is A Member Of