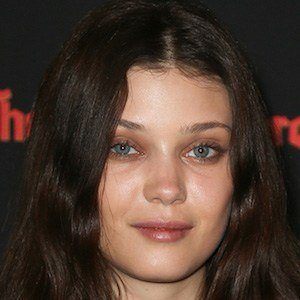 Romanian print and runway model who has appeared in German Vogue, Numéro, Spanish Vogue, German Elle and on the cover of the Japanese fashion magazine Spur.

She was signed by IMG in New York and Storm Management in London in 2006. She was featured on the cover of 10 and appeared in Italian Vogue that same year.

She became the face of Blugirl b Blumarine in 2007, modeled for Yves Saint Laurent cosmetics in 2009, and signed a cosmetics contract with Clarins in 2011.

She was born in Sfantu Gheorghe, Romania and relocated to New York, New York. She was previously in a relationship with fellow model Sean O'Pry.

She walked the Christian Dior, Balenciaga, Chloé, and Nina Ricci shows in Paris in October of 2007.

Diana Moldovan Is A Member Of