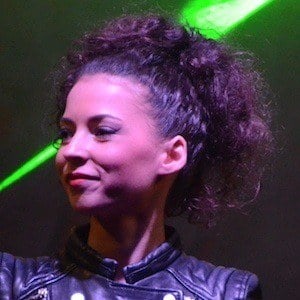 Otherwise known simply by the stage name Ami, she gained fame as a dance music singer. Since her debut in 2012, she has become known for hit singles like "Trumpet Lights" and "Deja Vu."

At only three years old, her parents enrolled her in a local music festival where she took the grand prize. She would later study violin for more than a decade before enrolling at the National Music University of Bucharest.

The music video for her single "Indiferenta ta" earned more than 2 million views on YouTube within a month of its release.

She was raised by her parents in Baia Mare, Romania. She has one brother named Andrei.

She was formerly a backing vocalist for Paula Seling. She also briefly competed on the first season of the X Factor under Paula's mentorship.

Andreea Ioana Moldovan Is A Member Of