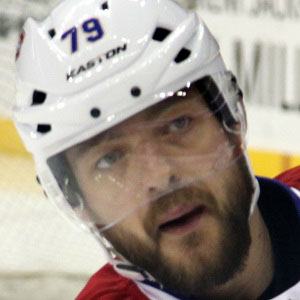 All-Star defenceman most famous for his years with the Montreal Canadiens, with whom he has played for more than a decade. In 2008, he won gold at the Ice Hockey World Championships as a member of the Russian squad.

He got his start in professional hockey playing for Khimik Voskresensk in the now-defunct International Hockey League in 1995.

Despite having played for the Canadiens for several years prior, he did not become a Canadian citizen until 2010.

He has been in a relationship with real estate agent Carolina Montes.

He and PK Subban were both named alternate captains of the Canadiens for the 2014-15 season.

Andrei Markov Is A Member Of