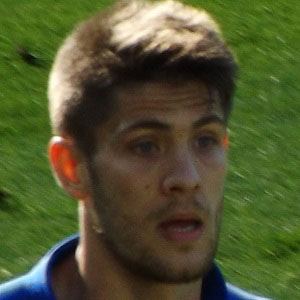 Croatian striker who signed a 3-and-a-half-year deal with Leicester City in 2015 and has been key player for Croatia internationally since 2005. He was named the Prva HNL Player of the Year for 2014.

He was born in Zagreb and was recruited to play for Dinamo Zagreb in 1997 at just 6 years old. He made his senior debut in 2009.

He set the record for most goals scored by a youth player in Dinamo Zagreb's history.

His father is Josip Kramaric.

He has played alongside Argentine legend Esteban Cambiasso at Leicester City.

Andrej Kramaric Is A Member Of