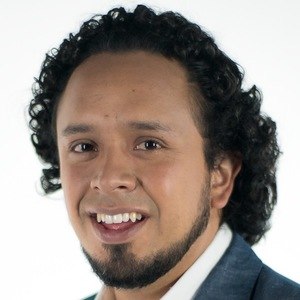 Executive producer of the sketch comedy YouTube channel Enchufe.tv which has more than 23 million subscribers. He is also a co-owner of the production company Touché Films.

He attended Universidad Tecnica Particular de Loja for undergraduate studies before earning a Master's degree in film and television post-production, cinematography and film/video production at Trazos.

He was an editor at Agencia CNN En Espanol for one year. He was the executive producer on a TV mini-series called Kikirimiau.

He is the executive producer for Enchufe.tv while Martín Domínguez served as a producer.

Andrés Centeno Is A Member Of