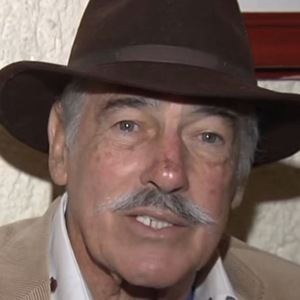 Dominican-Mexican screen actor known for his roles in such hit telenovelas and drama series as Tú o Nadie and Hospital Central. He also famously played the role of a hustler in the 1984 film Pedro Navaja.

In the early 1970s, he acted in a Luis Alcoriza film called Paraiso.

He appeared in 2005 on a reality series entitled El Principe Azul.

At different points in his life, he was romantically tied to both Carmen Campuzano (a Mexican fashion model) and Zeny (a Puerto Rican pop singer). His daughter Andrea Garcia became a model.

Early in his career, he appeared with horror film legend Boris Karloff in the 1968 movie House of Evil.

Andrés García Is A Member Of