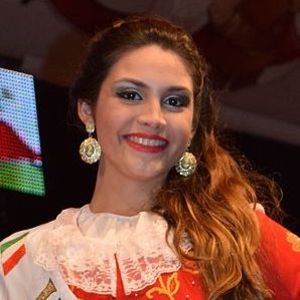 Model and actress who is known for her appearances in well-known magazines and various work on TV. She has appeared in Maxim, H for Men, and H Extremo.

She studied at the Center for Arts Education Televisa.

In 2014, she appeared in Playboy Magazine. She has appeared on TV, and in 2010, did so on the Spanish telenovela Triunfo del Amor as Ofelia Garcia.

She was born and raised in Mexico City, Mexico. Her father is actor Andres Garcia.

She appeared in the telenovela En Nombre del Amor from 2008 through 2009 with Allisson Lozz, Sebastian Zurita, and Victoria Ruffo.

Andrea García Is A Member Of