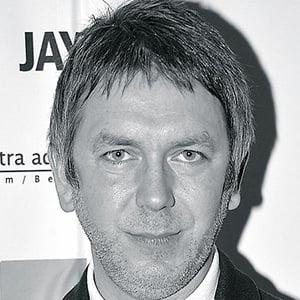 Swedish writer and journalist who is known for his critics and commentary within the field of entertainment and music. He is known for his written reviews and columns through the Svenska Dagbladet paper and for his radio work on the show Luuk & Lokko.

He started his career in journalism writing for several newspapers including Pop and Bibel. He then ventured into television when he starred as the presenter and producer of the MTV series This is Our Music.

He is known for being on the panel of jurors for the annual Nordic Music Prize.

He was born in Torshalla, Sweden and was raised in Viksjo in Jarfalla. He has three brothers.

He is known for hosting the radio program Luuk & Lokko with fellow journalist and host Kristian Luuk.

Andres Lokko Is A Member Of