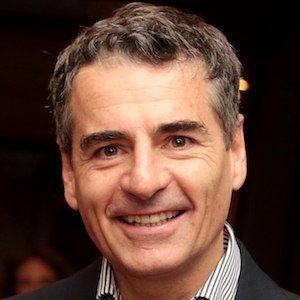 Chilean actor known primarily for his roles in telenovelas, including Pecadores, Floribella, and Mujeres de Lujo. He also appeared in theatre productions of Divorciados and Electronic City.

After graduating from The School of Theater of Gustavo Meza in 1997, he was part of a production of La Reina Isabel Cantaba Rancheras.

He learned how to speak as Dutch growing up, as his family moved to Suriname for his father's work.

He was married to Sigrid Alegría from 1997-1999, during which time he had a son. He grew up with four siblings.

He acted alongside Alvaro Rudolphy on Separados.

Andrés Velasco Is A Member Of