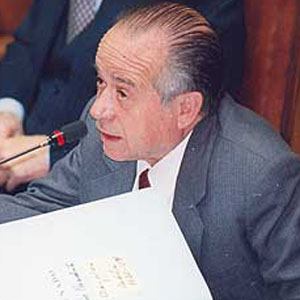 Chilean politician and former president of the Christian Democratic Party who served on the cabinets of Eduardo Frei and Michelle Bachelet. He went into exile in Spain after the coup of 1973, but returned the next year.

He graduated from the University of Chile in 1959.

He had the nickname of "Chico" or "Shorty" because of his short stature.

His brother Adolfo Zaldivar was also a prominent politician who was expelled from the Christian Democratic Party.

He went into temporary exile after Augusto Pinochet took control of the government.

Andrés Zaldívar Is A Member Of