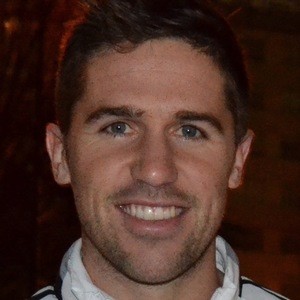 Midfielder who is famous for his career playing in Spain's La Liga, including for Barcelona between 2009-2013. He was part of the Barcelona La Liga and UEFA Champions League-winning squad in 2010-2011 as a reserve defender.

He joined FC Barcelona's youth academy in 2007. He had previously begun playing youth soccer at age 6.

He represented the Spain U-20 squad at the 2009 Mediterranean Games. He had previously won the 2011-2012 Copa del Rey as a member of Barcelona.

He was born and raised in Girona in the Catalonia province of Spain.

He and Hugo Mallo have played as teammates on defense for RC Celta de Vigo.

Andreu Fontas Is A Member Of