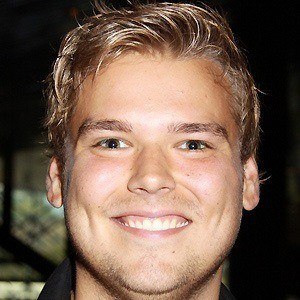 Star of the 2008 comedy film, College, who has also appeared in films such as Drillbit Taylor, Transformers, and Hannah Montana. His other credits include Cloud 9, Super 8, and 7-10 Split.

He made his debut in a 2005 episode of The Bernie Mac Show.

He provided the voice of the teenaged Roku in the TV series Avatar: The Last Airbender.

He was born in Flint, Michigan. His parents are August Coppola and Sharon Thomas.

In 2007, he appeared in three episodes of Hannah Montana, starring Miley Cyrus.

Andrew Caldwell Is A Member Of