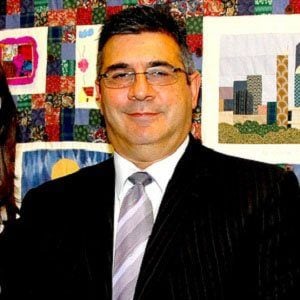 After ending his career as an Australian rules footballer for the North Melbourne Football Club, he became C.E.O. of the Australian Football League. While heading the AFL Commission, he restructured the league's disciplinary committee and added two new teams to the AFL.

He began serving as a winger on the North Melbourne Football Club in 1981 and played over one hundred games during his six-year tenure with the team.

In 2005 and 2011, respectively, he arranged multi-million-dollar and billion-dollar television rights deals for the AFL.

Raised in Australia by Greek parents, he grew up with a brother named Jim who also pursued a football career. With his second wife, Symone, Demetriou raised twin daughters, as well as an additional daughter and a son.

Andrew Demetriou Is A Member Of