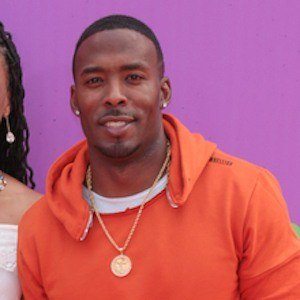 Wide receiver who made his NFL debut for the Cincinnati Bengals in 2011. After three years with the Bengals, he signed with the Cleveland Browns in 2014.

He played college football at Toledo University and was not selected in the 2008 NFL draft.

He was a two-time Grey Cup winner with the Montreal Aluettes in the Canadian Football League.

He has a brother named Artrell that played for the Bengals, Panthers and Patriots.

He became teammates with Pro Bowl quarterback Andy Dalton on the Cincinnati Bengals in 2011.

Andrew Hawkins Is A Member Of