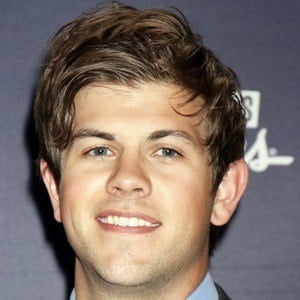 Film and television actor well known for his role in Letterkenny and in the TV movies Behind the Hit: The Unauthorized Saved by the Bell Story, Zapped, and A Sister's Nightmare.

He developed an interest in acting while living in Kingston, Ontario, Canada. There, he acted in a high school production of Never Swim Alone. He later attended the University of British Columbia and Vancouver Institute of Media Arts.

He has been cast in two different hockey movies, Mr. Hockey: The Gordie Howe Story and Goon: Last of the Enforcers.

He was born in London, Ontario, Canada before moving to St. George, Ontario when he was two years old. He has two younger brothers.

His debut role was in the CBC television movie Mr. Hockey: The Gordie Howe Story.