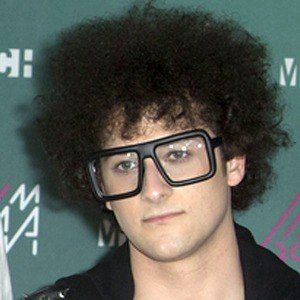 Drummer best known as a member of Canadian rap-rock band Down with Webster. His band's first album, Time to Win, Vol. 1, spawned three platinum-selling singles: "Your Man," "Rich Girl$" and "Whoa Is Me."

He grew up in Ontario.

His band blew up through online platforms like MySpace and was named Online Artist of the Year at the Canadian New Media Awards in 2010.

He has siblings. His dad has been a musician.

He has performed alongside Pat Gillett in Down with Webster.

Andrew Martino Is A Member Of