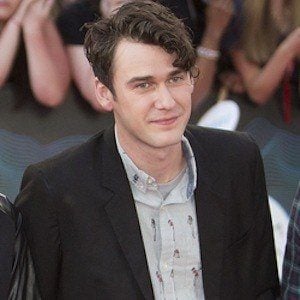 Vocalist and guitarist most well known as a member of the Canadian rap rock band Down with Webster. In 2010, the band was named Online Artist of the Year at the Canadian New Media Awards. They also took Best Group at the 2011 Canadian Radio Music Awards.

He originally formed Down with Webster to perform at a middle school battle of the bands in 1998.

Down with Webster has performed at popular events like the Vans Warped Tour and the Virgin Festival.

He is a native of Toronto, Ontario.

In their early days, Down with Webster caught the attention of both Gene Simmons and Timbaland to be signed to their respective labels.

Pat Gillett Is A Member Of