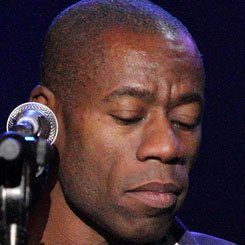 Lead vocalist for the band Roachford who had their most popular single titled "Cuddly Toy" reach the #4 spot on UK charts and #25 on US charts.

Roachford's first album was self-titled and reached the #11 position on UK charts.

He separated from the band and went solo, debuting his first solo album, Heart of the Matter, in 2003

He was born in London.

He was featured in the single "Ain't No Stopping Us Now" alongside Beverley Knight.

Andrew Roachford Is A Member Of