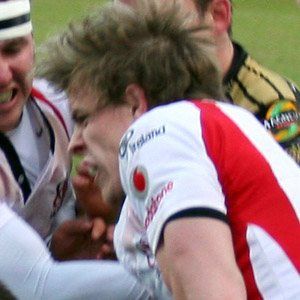 He played in the Ulster Schools Cup while attending Coleraine Academical Institution; he later studied physics at Queen's University and Theology at Belfast Bible College.

He was named the Ulster Rugby Player of the Year in 2006.

He married Anna Trimble in March 2009.

He joined Paul O'Connell on the Irish national team in 2005.

Andrew Trimble Is A Member Of