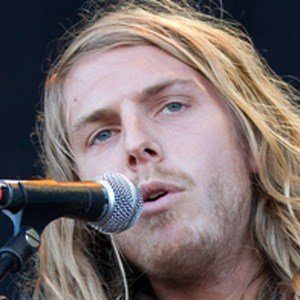 Guitarist for the indie rock band Grouplove. The band is known for their hits "Naked Kids," Colours" and "Don't Stop Making It Happen."

Grouplove formed together in 2010.

His band was named as one of the best new bands in 2010 by Nylon Magazine.

He dedicated his Coachella performance to his parents in 2012.

The vocalist for Grouplove is Christian Zucconi.

Andrew Wessen Is A Member Of