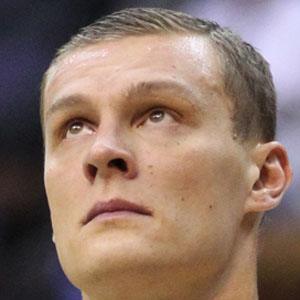 Latvian center known for his shot-blocking and defense; broke into the NBA with the Golden State Warriors in 2004.

He began his professional career with the Latvian team BK Skonto in 2002.

He became well known for his numerous charity work in the San Francisco community.

In 2009, he was joined on the Warriors by All-Star guard Stephen Curry.

Andris Biedrins Is A Member Of