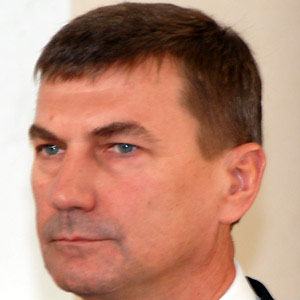 Estonian politician who became Prime Minister of Estonia in 2005 after serving as the Minister of Economic Affairs and Communications. He announced his resignation in March of 2014.

He served as Mayor of Tartu from 1998 to 2004 and had great popular acclaim and very high ratings in the opinion polls.

He has three daughters with his wife, gynecologist Anu Ansip.

He succeeded Juhan Parts as Prime Minister of Estonia.

Andrus Ansip Is A Member Of