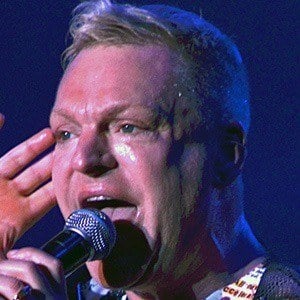 Lead singer of the synthpop duo Erasure who later achieved success as a solo artist.

He used to work at the meat counter of a grocery store before partnering up with Vince Clarke.

He released his first solo album in 2005 titled Electric Blue.

He was in a longtime relationship with Paul J. Hickey, who died of a stroke in 2000.

He has collaborated with Moby.

Andy Bell Is A Member Of