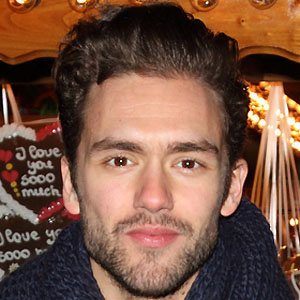 Lead singer and guitarist of the English band Lawson, known for such hits as "Standing in the Dark" and "Brokenhearted" featuring rapper B.o.B..

Before joining Lawson, he played in the boy band Avenue.

He and Lawson released their first single, "When She Was Mine," in May 2012.

He dated Mollie King of the band The Saturdays. He got married to Joey McDowall in December 2016. They had a son named Knox on October 30, 2017.

He and guitarist Joel Peat became bandmates in Lawson.

Andy Brown Is A Member Of