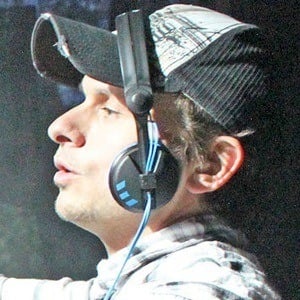 English DJ and producer who paved the way for the drum and bass genre. He's best known for his fast mixing style and signature move known as "The Double Drop." He co-founded Ram Records. He was voted number four on the Who is the Greatest DJ of All Time list by Mixmag in 2011.

He entered the music scene in 1989 and got recognition from the "Valley of the Shadows" track.

His real name is Andrew Clarke, but he is better known by his stage name Andy C.

Andy C Is A Member Of