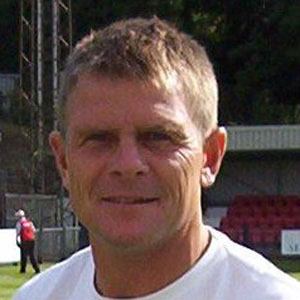 Midfielder who played professionally for more than 10 seasons for Charlton Athletic, Redbridge Forest, Watford, Dover Athletic, and several other clubs.

He got his youth soccer start with Dartford.

He went on to manage Gillingham after his playing career was over.

He has a daughter named Jasmine and son named Jake.

Forward Ashley Miller played for him at Gillingham.

Andy Hessenthaler Is A Member Of