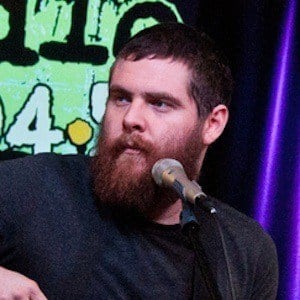 Famous for his time as the lead singer, songwriter, guitarist, and founder of indie rock group Manchester Orchestra. In July 2017, he enjoyed critical praise for his group's fifth full length album, A Black Mile to the Surface, which charted at #7 on Billboard's top US rock albums.

He began writing original songs during his senior year of high school, which he spent studying at home. He cited singer Morrissey as an influence on the creation of Manchester Orchestra originally as a solo project.

He wrote the music for the 2016 film Swiss Army Man alongside band mate Robert McDowell. He also had a cameo appearance in the film. He has also founded Right Away, Great Captain! and Bad Books as side projects.

His parents bought him his first guitar at age 14.

His work on Swiss Army Man was praised by Daniel Radcliffe, one of the film's stars, as being wholly original.

Andy Hull Is A Member Of