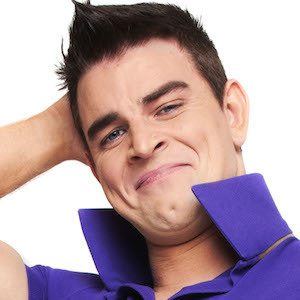 Comedian and web star best known for playing the dual characters of Damo and Ivor. The characters, representative of Dublin stereotypes, first appeared on Republic of Telly before spawning a standalone television show.

He first joined Twitter in November 2010, a year before his appearance on Republic of Telly.

In November 2011, he released the comedic album Epic Choons in accompaniment with the popular songs "Everybody's Drinkin'" and "Big Box Little Box."

He is the son of businessman Richard Quirke and the brother of model Wesley Quirke.

He made his debut appearance as Damo and Ivor one Republic of Telly, a show presented by Jennifer Maguire.

Andy Quirke Is A Member Of