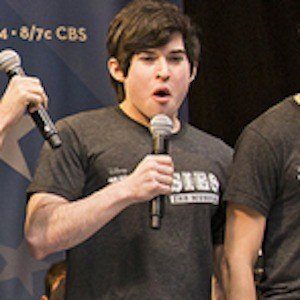 Landed his breakthrough role of Romeo in Disney's Newsies, originating the part in the world premiere production of the show at Paper Mill Playhouse as well as in the original Broadway cast at the Nederlander Theatre.

He attended the North East School of the Arts/Robert E. Lee High School in San Antonio. It was during a test in his sophomore English class that he received a call saying he got the part of Romeo.

He attends the Gallatin School at New York University where he studies musical theatre and American Sign Language.

He was born in Omaha, Nebraska and moved to San Antonio, Texas when he was five months old.

He performed in How the Grinch Stole Christmas! The Musical and had a role in Gypsy, starring Patti LuPone.

Andy Richardson Is A Member Of