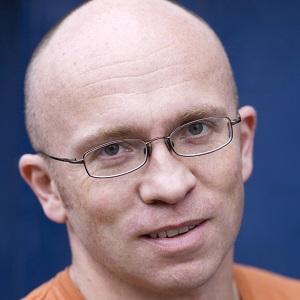 Known best for his Bunny Suicides series of darkly comic cartoons, he also wrote for such British television comedy programs as Smack the Pony, Hyperdrive, and Spitting Image.

Early in his career, he worked on an ABC Family animated series called Slacker Cats.

He received a 2000 British Academy of Film and Television Arts (BAFTA) Award for his work on a BBC1 comedy program called Robbie the Reindeer.

He contributed to the screenplay of the Kelly Asbury-directed animated movie Gnomeo & Juliet.

Andy Riley Is A Member Of