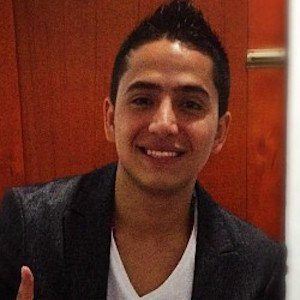 Award-winning Colombian reaggaetón singer who burst onto the music scene with the single "Te Pintaron Pajaritos." He followed it up with the song "Por Todo Me Peleas." He was named Best New Artist in 2013.

He grew up influenced by his folk singing father Jhonny Rivera. He released his first song on YouTube in 2012.

His YouTube channel has grown to more than 2.7 million subscribers and his most popular song, "Espina de Rosa," has been viewed more than 75 million times.

He was born to Jhonny Rivera and Luz Galeano in Pereira, Colombia. His full name is Felipe Rivera Andres Galeano. He has a daughter named Helen.

He collaborated with Nicky Jam on the song "Los Perros Se Enamoran."

Andy Rivera Is A Member Of