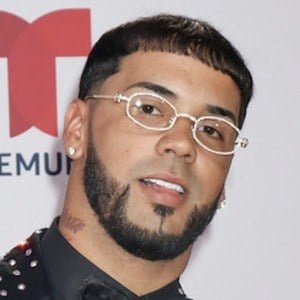 Reggaeton and Latin trap artist known for his 2018 album Real Hasta La Muerte, which includes the singles "Ella Quiere Beber" and "Brindemos." In May 2020, he released his second album, Emmanuel.

As a child, he studied at the Colegio María Auxiliadora, where he was classmates with fellow urban artist Rauw Alejandro. He started uploading music to Sound Cloud about a year before his album debuted and amassed more than 20,000 followers.

He recorded his part of the song "Ayer 2," featuring J Balvin, Nicky Jam, Cosculluela and DJ Nelson, via a phone call from prison while he was being held for 30 months. His friend since he was 12 years old, Frabián Eli, serves as his manager.

His real name is Emmanuel Gazmey Santiago. He hails from Puerto Rico. His parents' names are Nilda and José. He has a younger brother named Leyvan as well as an older brother. He also has a sister named Jliany. He was engaged to singer Karol G, but they have since broken up. He has a son named Pablito from a previous relationship with Astrid Cuevas. He has been romantically linked to Yailin La Más Viral.

In July 2019, he released the song "China" in collaboration with Daddy Yankee, Ozuna, Karol G and J Balvin. The music video for the song has earned over 1 billion views on YouTube.

Anuel AA Is A Member Of