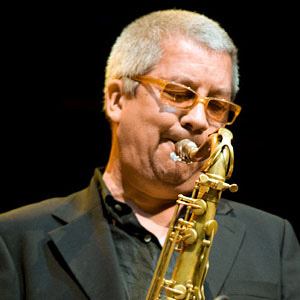 Jazz musician who has won many British Jazz Awards and founded multiple big bands, including the Soft On The Inside Band. He has worked with artists like Gil Evans and Steve Swallow.

He was invited to perform with the quartet Sphere when he was nineteen, three weeks after he started playing saxophone.

He has recorded more than thirty albums over the course of his life.

He was born in Warminster, Wiltshire in England.

Both Sheppard and Joe Henderson recorded with Blue Note Records.

Andy Sheppard Is A Member Of