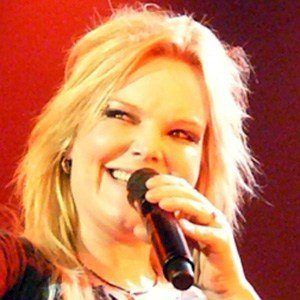 She played the oboe with her mother's band during her childhood.

She has also released albums with Alyson Avenue and came out with a solo album in 2013.

She briefly dated songwriter Tuomas Holopainen. In 2013 she married bassist Johan Husgafvel. She has three children: Seth, Nemo, and Mio.

She has cited Celine Dion as one of her greatest musical influences.

Anette Olzon Is A Member Of