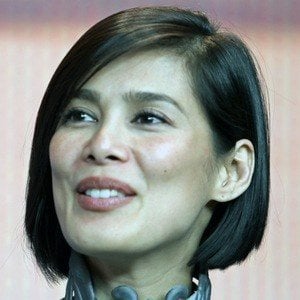 Fashion model and award winning television actress and host who is well known for her role in Magkaribal and hosting duties for Us Girls.

She made her debut in 1996 when she appeared in the film Mumbaki as Dolores.

She has two daughters named Iana and Thea.

She worked as an actress and TV show host like Mario Lopez.

Angel Aquino Is A Member Of