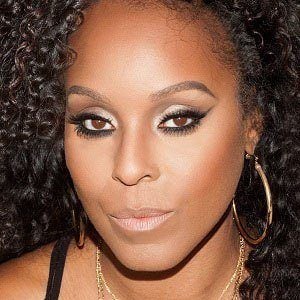 Most well known as a co-writer of the Grammy-winning Jay-Z and Alicia Keys hit "Empire State of Mind," this songwriter and vocalist is also notable for her contributions to Britney Spears' "Do Somethin'," Melanie Fiona's "Bang Bang," and Snoop Dogg & Miley Cyrus' "Ashtrays and Heartbreaks."

Early in her career, she was mentored by hip hop music producer Salaam Remi.

She co-wrote "Be Alright," "Good Girls," and several other songs for the Jamaican-born reggae vocalist Gyptian (Windel Beneto Edwards).

In 2010, she contributed to Oliver Jones (a.k.a. Skream) and Magnetic Man's hit electronic single "I Need Air."

Angela Hunte Is A Member Of