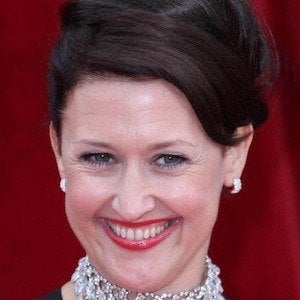 Actress most well known for portraying Emma Taylor in the long running soap opera Coronation Street. She has gone on to have recurring roles on popular British shows like Wolfblood, Casualty, and Doctors.

She began her acting career performing at the Brewery Youth Theater in Kendal. She would later go on to graduation from the Royal Scottish Academy of Music and Drama.

She married fellow soap opera actor Perry Fenwick in 2005 and they separated in 2010. Her father was a police officer, much like her breakout character on Coronation Street.

She starred in BBC One's Our Girl alongside Michelle Keegan, whom also appeared in Coronation Street.

Angela Lonsdale Is A Member Of