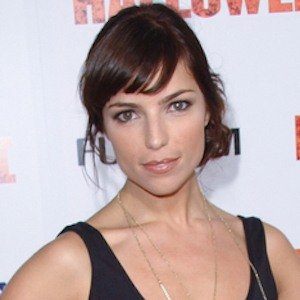 Actress known for her being Harley David in Halloween II and the voice of Penny Whitewall in Major Lazer. She played Tina in The Final Girls and has appeared in shows like Workaholics, Anger Management, and Community.

Prior to appearing on screen as an actress, she appeared in several reality TV shows, including Road Rules X-Treme and What Should You Do?

She has a YouTube channel with more than 50,000 subscribers. Her video "Date Oopsie" has been viewed over 9 million times.

She was homeschooled and raised as a Jehovah's Witness, but has since stopped practicing.

She starred alongside Taissa Farmiga in The Final Girls.

Angela Trimbur Is A Member Of